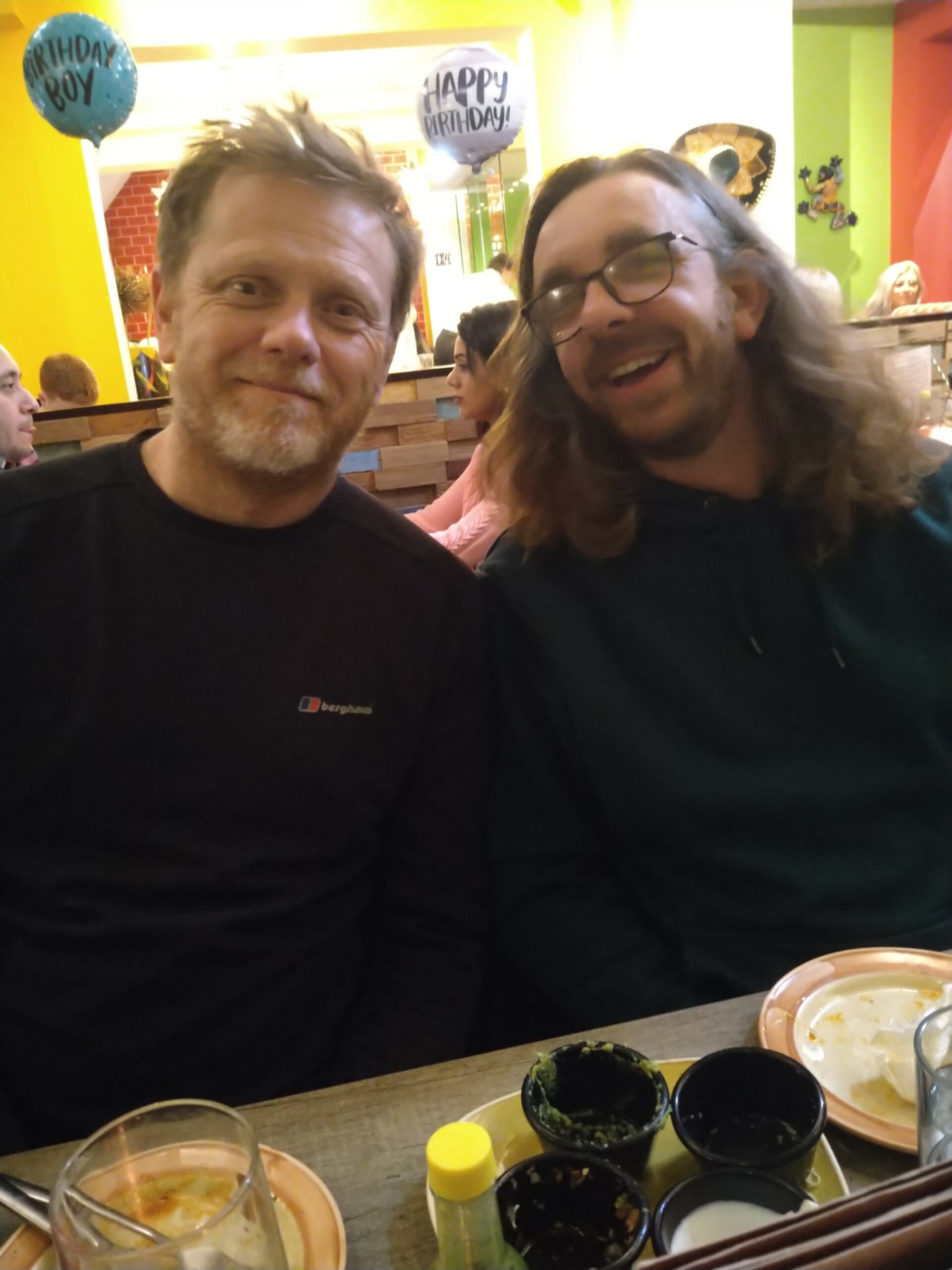 The EACU Closed Individual Championship was held, in Newmarket, on the weekend of the 8th and 9th of January. Having put their entries in and booked hotel rooms way back in December, Tim and Sam spent most of the week running up to the tournament trying to talk themselves out of playing. Play in the freezing Tuner Hall!? In January!? With the WINDOWS open!? Play with a mask on!? With 60 people there, there’ll be at least three people with COVID!

Bernie wasn’t having any of it and was adamant he was going no matter what. And so everyone, eventually, piled in with him for our weekend away in Newmarket.

Rounds 1 and 2 were largely uneventful. Chris was sternly told off for having a lengthy sip of tea that allowed him to surreptitiously remove his mask for fifteen minutes. Top seed Francis Bowers faced Tim and speedily won. Sam followed Tim to Board 1 in quick succession Mutteringly darkly about time trouble, Sam offered Francis a draw despite being a pawn up. Bernie slogged through two tough games in the U1650 section. Sam finished 1.5, Tim and Chris on 1 and Bernie on .5

Rather than play on into the night, everyone decamped to El Guaca – the Mexican restaurant close to the Premier Inn we were staying at. Chris, no doubt sensing a chance to secure a advantage in the U1950 the next day, attempted to lace everybody with alcohol and we joked about the possibility of Chris and Tim meeting in Round 4…..

Walking through the double doors of the Turner Hall on Sunday morning, we discovered our joke had come to pass and Chris was to face Tim. As Round 4 unfolded, Tim traded his light squared bishop for Chris’s knight in a Queen’s Indian. This gave Chris an open file toward Tim’s king which Chris eventually exploited with a snazy rook sacrifice. That’s both the 2nd and 3rd strongest Woodbridge players Chris has now beaten in rated games – Sam having lost to Chris a couple of years ago whilst moonlighting for Saxmundham.

Meanwhile, on Board 2, Sam was facing the veteran David Faulkner in a game that was increasingly going Sam’s way. With time trouble encroaching and move 36 far off, Sam offered a draw. David looked up and scowled through his visor – no doubt wondering why his younger opponent wanted to draw a won game – and slammed his next move onto the board. An increasingly jittery Sam played through the time control and stood up to hug himself in an attempt to calm his adrenalin-shocked body. The game soon ended with a win for Sam.

This meant Round 5 saw Chris playing for second place and Sam in contention for first. Faced with a Blackmar-Diemer Gambit he didn’t understand, Sam went for a quick draw and a tied second place winning £30. This was much to the disgust of his Norfolk compatriots John Whickham and David Payne. Chris, however, went wrong at a critical point and lost whilst Tim destroyed Lowestoft’s Armando Galletti who seemed to do just about everything wrong in the opening.

And so we headed home, a good time had by all.